The Wandjina are “sky-beings” or “spirits from the clouds” who came down from the Milky Way during Dreamtime creating the Earth and all its inhabitants.

With the aid of the Dreamtime snake, the Wandjina descended and spent their Dreamtime creating, teaching, and being Gods to the Australian Aboriginals whom they created.

The land of the Wandjina is a vast area of about 200,000 square kilometres of lands, waters, sea and islands in the Kimberley region of north-western Australia.

It’s inhabited by the aboriginal tribes of the Worora, Ngarinyin, and Wunumbul, whose continuous culture dates back at least 60,000 years.

Here, traditional law and culture are still active and alive.

The Wandjina are depicted as white faced, devoid of a mouth, with wide black eyes, and a head surrounded by a halo or some type of helmet.

Those Petroglyphs are very difficult to date, the paintings have been restored by shamans unnumberable times during the millennials.

Check out the book The Art of the Wandjina: Aboriginal Cave Paintings in Kimberley, Western Australia or Wandjina. The Sacred People: The Kimberley a land of many different Tongues.

The main pigments used cannot be carbon-dated, the consensus is for them to be about 5000 years old, but there’s no ultimate evidence of that.

The ancient paintings have received all manner of interpretations: from stylized representations of people or owls, to ancient astronaut theories which suggest that extraterrestrial beings visited Earth tens of thousands of years ago and had direct contact with the inhabitants.

According to the tradition, the Wandjinas disappeared in archaic times.

They descended into the earth and since then, have lived at the bottom of the water source associated with each of the paintings.

There, they continually produce new ‘child-seeds’, which are regarded as the source of all human life.

Some returned to the sky, and can be spotted during some nights as moving lights high above the earth.

Even nowadays, the Wandjina continue to monitor and control everything that happens on the land, in the sky and sea.

They are still revered by the people, and  only certain individuals are given permission to paint them.

It is said that the Wandjina could punish those who brake the law with floods, lightening and cyclones – they are always to be approached and treated respectfully.

Interesting and controversial objects have been found in the area, which suggest it might had been inhabited as long ago as 174,000 B.C.

This contradicts the theory that Aboriginals had their roots in Africa having traveled to Australia about 60,000 years ago.

Other researchers have even suggested that Homo sapiens actually originated in Australia.

Aboriginal Music of the Wandjina People; 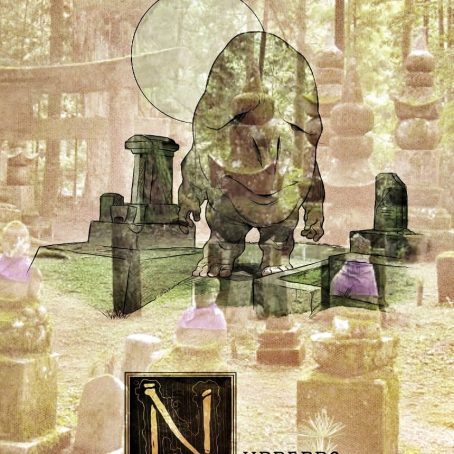