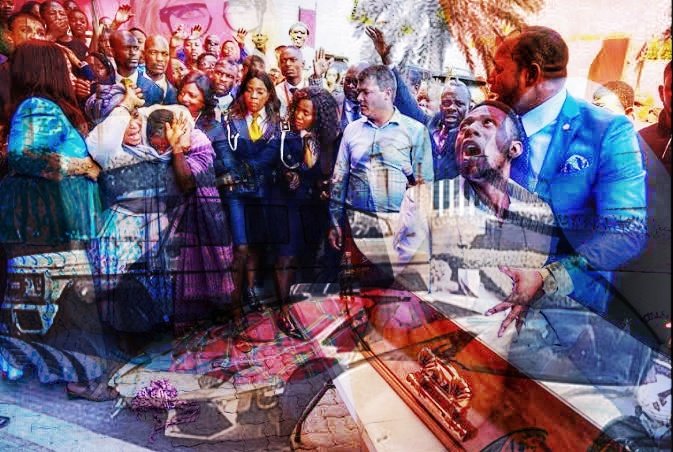 Being living in Africa, we hear about strange stories involving “prophets” almost daily.

Some proclaimed to have been to Heaven, some feed grass and snakes to their congregants and others resurrect people.

These South African prophets are real Rock Stars, with thousands, and sometimes millions of followers who don’t mind about the scandals.

They are always prone to defend them from every accusation, making them richer and richer.

This article is only about South Africa and Zimbabwe but we promise to write more about other African Countries.

Doom is a popular insecticide in Africa, used to kill any kind of creepy-crawly. So, why not using it against the Devil himself?

This is probably what crossed the mind of Lethebo Rabalago, a South African pastor, leader and founder of Mount Zion General Assembly in Limpopo.

He had the power to “commands demons to enter into people’s bodies so that they can manifest”.

Then he proceeded to spray his congregants with Doom to exorcise them.

Driving demons out of the body, even if he is the one putting the demons in there, is only one of the use of Doom.

The pastor can also cure AIDS and cancer just by spraying the insecticide in the face of the faithful.

Also, he crushed a woman with a giant speaker to demonstrate God’s protection.

Unfortunately for him, 5 people filed assault charges, decreeing the end of the practice and the arrest of Mr. Rabalago.

2. Pastor Sanyangore: “Hello, is this heaven?”

Based in Bulawayo, Zimbabwe, at the Victory World International Ministries, is not new to scandals and, for most Christians, outrageous claims.

Just to give you some example:

But in 2017, he went even further. In fact, Pastor Sanyangore was given the phone number of heaven while he was praying.

And what do you do if you have God’s phone number? More then one million people watched him calling and asking “Is it heaven?“.

Apparently you have to go through a call center before talking to God directly but the pastor didn’t have to wait for long.

In a matter of seconds, he was speaking to God, who was very friendly and decided to talk to a “random” woman as well and then proceeded to give them directions.

Interviewed about the phone call, after the video went viral, the pastor answered:

”Who is better me or Moses, Moses who says God spoke to him through a bush and me saying he spoke to me through a phone which is actually for communication.”

Here the video of the divide phone call:

Pastor Mboro, known as Prophet PFP Motsoeneng, is a televangelist from the Incredible Happenings Ministries, his Church.

He was taking selfies with Jesus, and selling them once back on Earth. He even declared he met Jesus Christ’s young and hot wife.

After the huge backlash and the mocking going viral all over the World, Mboro released several interviews saying he’s never been to Heaven.

According to the pastor, the all story was created by Bushiri, one of the richest South African Pastors, to defame him.

Here some of the things made Pastor Mboro famous, and rich:

He is featured in the BBC documentary The Millionaire Preacher: Reggie Yates’ Extreme South Africa by Reggie Yates.

According to the information I could find on the internet, Pastor Alph Lukau from Alleluia Ministries International hasn’t done very bizarre things.

Until one day in 2019, when the video of him resurrecting a dead man from the coffin went viral.

As you can see the “dead” was a bad actor and in a few days, the hashtag #ResurrectionChallenge was trending, flooding the Internet with homemade videos of similars miracles.

They were charged with fraud and Pastor Mboro, the one who went to heaven, opened a case against him saying Lukau is “bringing Christianity into disrepute.”

“We don’t fake miracles. A lot of people decided to (wrongly) incriminate us in staging a resurrection miracle.”

He is considered one of the richest South African Pastors, and in the entire continent.

Here the video of the resurrection:

Pastor Daniele Lesego from Rabboni Ministries, Pretoria, became one of the famous South African Pastors for the drinking and eating habits of his church.

One day he decided to drink petrol 95, followed by his congregants after he claimed he had turned it into pineapple juice.

The petrol was just the last of his ideas. A few years ago he ordered his followers to eat grass to get rid of their sins and be close to God.

So they did, as hundreds of pictures on line testify. According to this article of The Sun, one of the churchgoers, a young University student, said:

“Yes, we eat grass and we’re proud of it because it demonstrates that, with God’s power, we can do anything. I have been battling a sore throat for more than a year, but I got healed after I ate the grass.”

In February 2020, Lesego Daniel, allegedly made his congregants eat millipedes and drink beer.

Light Monyeki, a well known South African Pastor, wanted his followers to “show forth their faith“.

So he made them drink rat poison, to “nourish their bodies“.

“Unexpectedly”, someone died and a lot of people ended up in the hospital.

To convince them, during this so-called “deliverance session”, he turned the snakes into chocolate.

According to the pictures circulating online, it doesn’t really seem these people are eating sweet chocolate.

After he was sued and arrested for animal cruelty and the killing of endangered species, the menu of the church changed.

In 2018, reports were saying, Penuel Mnguni is now feeding his people with worms, frogs and animals with tentacles. Already dead. 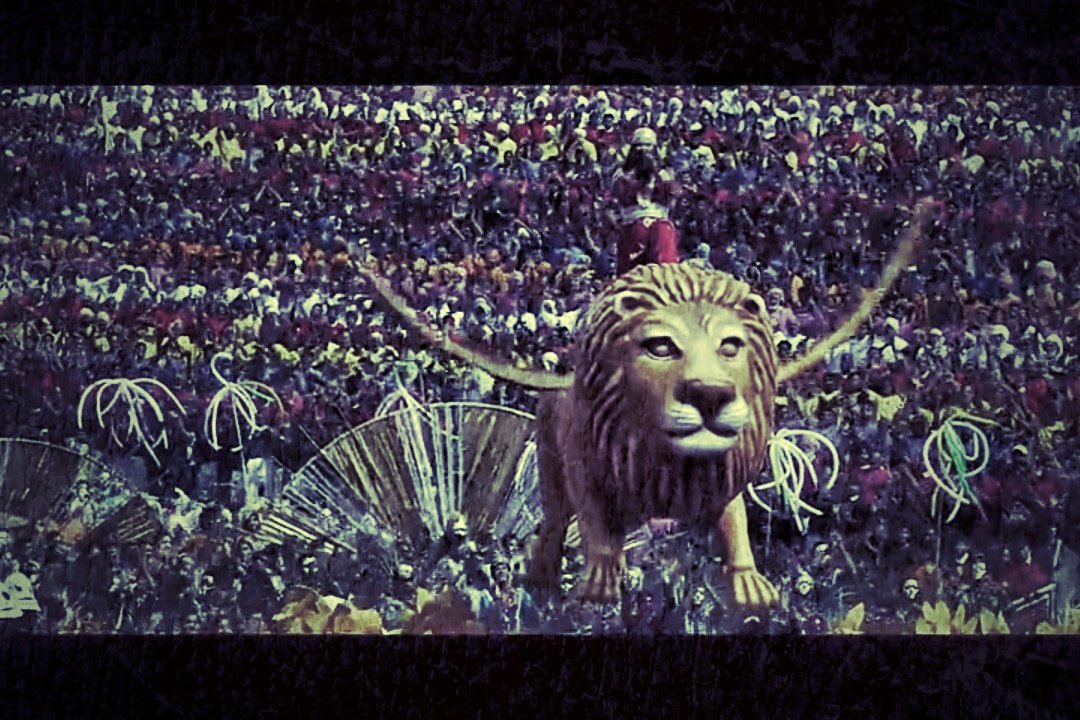