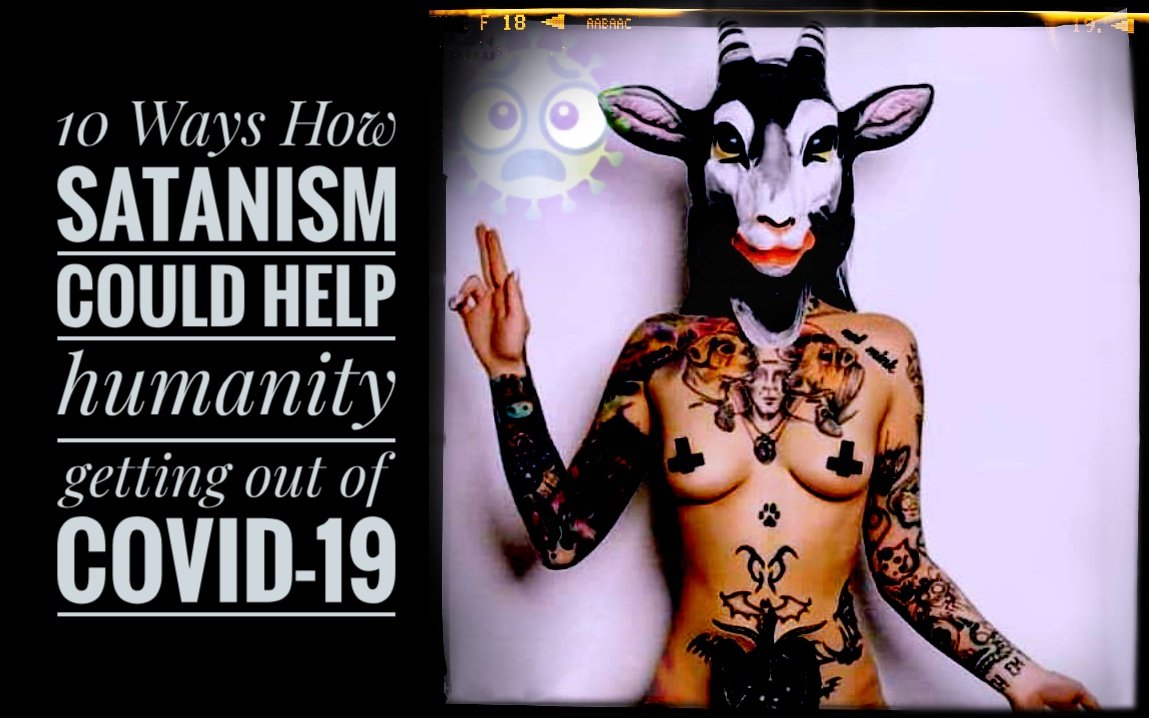 10 Ways Satanism Can Help Humanity Getting Out of Covid 19

The principles of Satanism, as codified in Anton Lavey’s Satanic Bible.
How the tenets of Satan can show the way to a better society in the future.

There’s so much misinformation around Satanism, with most people associating the term to evil practices.

Satanism has its origins in the pagan rites of Europe, the term was first used by those funny, friendly, catholic inquisitors who loved to mutilate and burn alive practitioners of other religions.

The figure of Satan as a anti-god/entity/philosophical-concept has lived vividly in the mind of many artists and people-of-spirit during the centuries – John Milton, Giosuè Carducci, William Blake, just to mention a few, were kind of fans of Satan.

Satanism, as codified by Anton Lavey in the 60s, is a modern, atheistic religion centered on the values of freedom, individuality, rational wisdom – all values that we could use right now.

But so, how can Satanism help humanity in pandemic and post-pandemic times?

In a time when everything is uncertain, when human societies are forced to rethink their models of existence, let’s have a look at some principles and consider the advantages of a Satanist society – let’s see if there are any.

A video version of this article – CENSORED BY YOUTUBE SEVERAL TIMES – can be found in the middle of this post. Thanks to BitChute for ensuring freedom of expression

5 Pieces of Advice from the Satanic Bible

Antony Lavey’s Satanic Bible is not meant to be a holy book.

It’s a book of practical wisdom that is still considered the most important reference for modern Satanism, it starts with some basic rules, we’ll mention a few.

1. Do not give opinions or advice unless you are asked.

That’s a rule worth following always. Even more in apocalyptic times.

2. Do not tell your troubles to others unless you are sure they want to hear them.

Troubles are universal. Telling others, a human peculiarity.

3. When in another’s lair, show him respect or else do not go there.

Even though, be sure, this will happen much rarely in the upcoming times, if you still happen to be by someone else’s quarter, remember not to mess with the order of things.

4. If a guest in your lair annoys you, treat him cruelly and without mercy.

We could consider the fourth rule as a logical commentary to the third.

5. When walking in open territory, bother no one. If someone bothers you, ask him to stop. If he does not stop, destroy him

Man this will solve a lot of troubles.

6. Do not make sexual advances unless you are given the mating signal.

For many, not having a social life means also forced sexual abstinence, something Satan firmly stands against! After weeks of isolation, most humans will go desperately looking for mates, we are animals after all. Just be sure your mating-partner of choice feels the same about you.

Nothing is to be gained by denying oneself pleasure. Religious calls for abstinence most often come from faiths that view the physical world and its pleasures as spiritually dangerous. Satanism is a world-affirming, not world-denying, religion. However, the encouragement of indulgence does not equate to mindless submersion into pleasures. Sometimes restraint leads to heightened enjoyment later—in which case patience and discipline are encouraged […]

[…] If satisfying a desire becomes a compulsion (such as with an addiction), then control has been surrendered to the object of desire, and this is never encouraged.

The 9 Opening Statements of the Satanic Bible

Watch the full video and Subscribe to our BitChute channel. Music for this video has been purposedly composed by Blood Under the Nails (aka Filippo Giuffrè).

6 More Things We Can Learn From Satanism

Now that we mentioned the 9 Opening Statements, we can look at them a beet deeply

Reality and existence are sacred, and the truth of that existence is to be honored and sought at all times—and never sacrificed for a comforting lie or an unverified claim one cannot bother to investigate.

Your life is the most precious thing you have. Being controlled like a sheep, a concept so dear to Christianity, is a way to waste it.

Always research knowledge, don’t blindly believe what you are told, by no-one – study to get closer to the truth. Indeed the 4th statement insists on this:

Undefiled Wisdom, Not Hypocritical Self-Deceit. True knowledge takes work and strength. It is something one finds, rather than something handed to you. Doubt everything, and avoid dogma. Truth describes how the world truly is, how we would like it to be. Be wary of shallow emotional wants; all too often they are satisfied only at the expense of truth.

Satanism has an answer also when it comes to choosing your representatives, politicians for example.

Satan advocates extending responsibility to the responsible, rather than acquiescing to psychic vampires. True leaders are identified by their actions and accomplishments, not their titles.

Don’t believe in talks, believe in facts. Research the professional history of those who want your vote.

9. Man Is Just Another Animal

It seems like this latest virus originated in a wet market, although many authoritative sources also blame responsibility for intensive animal farming. Satan advises us to reconsider our specism.

Elevating the human species to a position somehow innately superior to other animals is blatant self-deceit. Humanity is driven by the same natural urges that other animals experience. While our intellect has allowed us to accomplish truly great things (which should be appreciated), it can also be credited with incredible and wanton acts of cruelty throughout history.

Satan champions the so-called sins, as they all lead to physical, mental, or emotional gratification.

Why should humans feel guilty for enjoying the pleasures of life? Satanism says this is a tool used by Christianity, and especially the Catholic Church, to earn and maintain a status of privilege and dominance.

when a Satanist avoids an action, it is because of concrete reasoning, not simply because dogma dictates it or someone has judged it “bad.”

In addition, when a Satanist realizes that he or she has committed an actual wrong, the correct response is to accept it, learn from it and avoid doing it again–not to mentally beat yourself up for it or beg for forgiveness.

11. Beliefs should conform to one’s best scientific understanding of the world.

One should take care never to distort scientific facts to fit one’s beliefs.

The last two important satanist teachings of this list come from a different “institution” the Satanic Temple. They mention a hot topic, scientific evidence.

The scientific method is so far the best tool humanity has manufactured in order to understand reality. Scientific evidence must always be mentioned as an important arbiter of truth… although…

Science is done by scientists and scientists are people – subject to the same impulses of any of us. Those include greed and vanity.

Just as mentioned in point 8, we should never trust people blindly, but rather investigate their real achievements before granting them credibility.

Satan wants a society where:

If one makes a mistake, one should do one’s best to rectify it and resolve any harm that might have been caused.

So what do you think? Contribute your valuable opinion in the comments, or join our Facebook Group and Official Page. 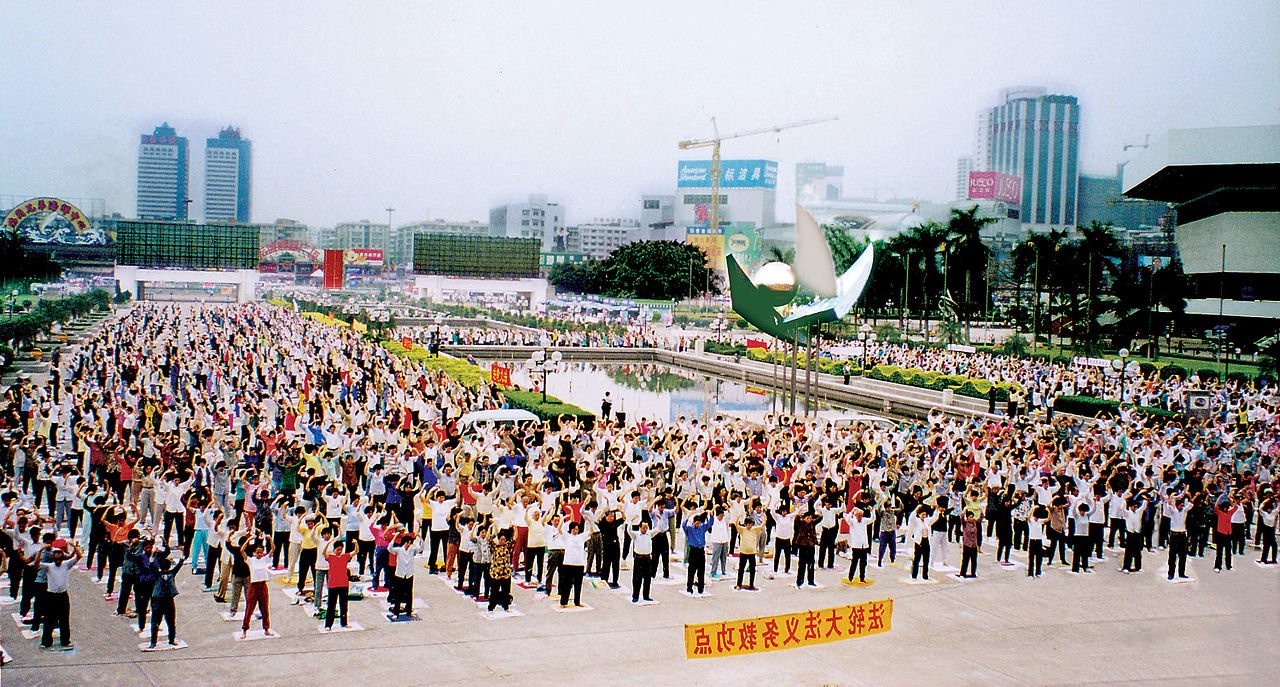