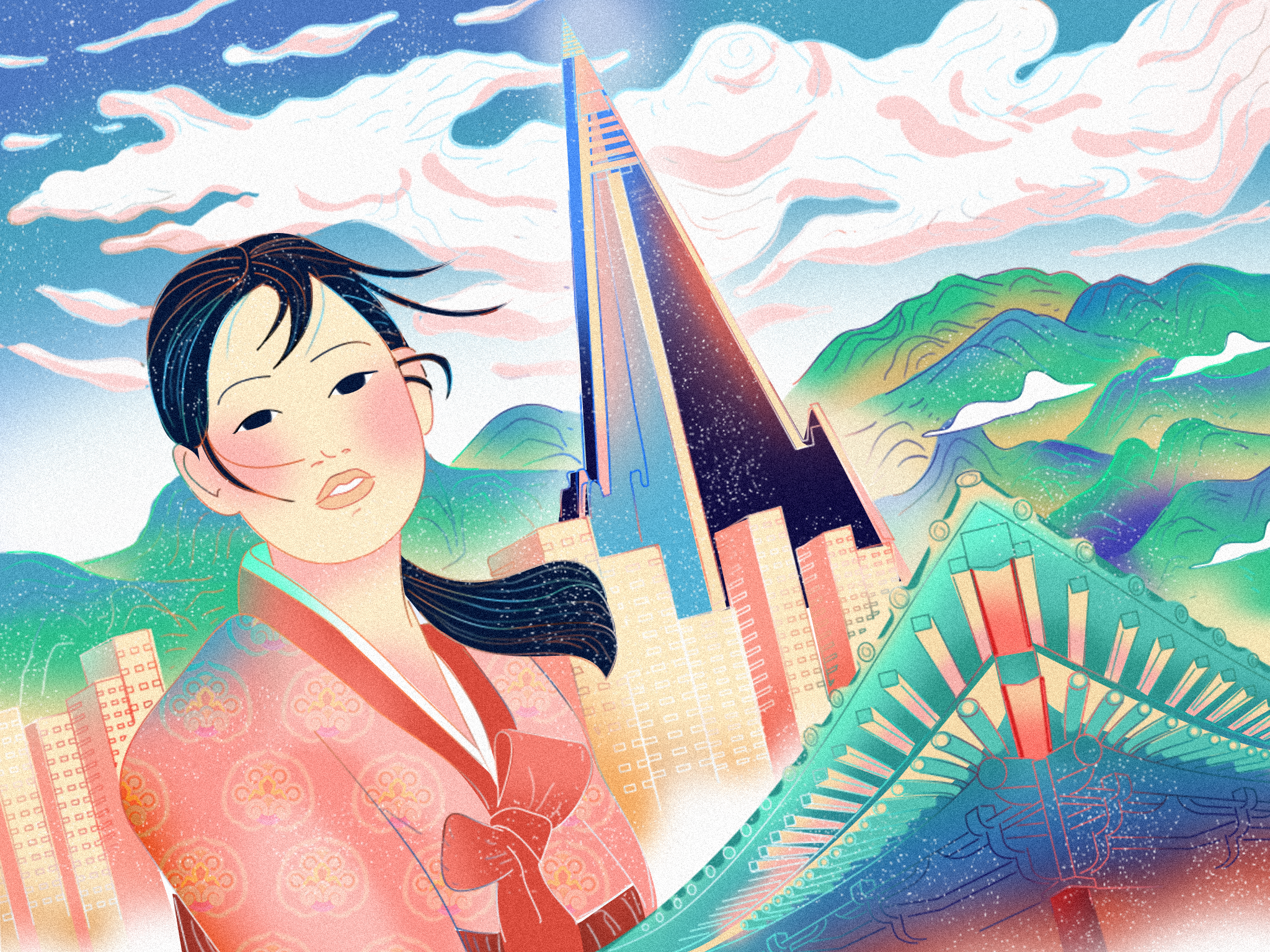 North Korea: The Many Religions of an Atheist Country

Religions of North Korea: Shamanism, Christianity, Juche, Chondoism and Buddhism in the most isolated country of the World

With the exception of war or pandemic times, most countries in the World are somehow open to foreigners.

One famous exception is the Democratic Republic of Korea (DPRK), so secluded that many prefer riding their fantasies over learning something about it.

Getting a clue on the country is indeed no easy task.

When it comes to religion, we face the fact that North Korea gives no official data on it, so all info is based on estimates.

In fact, there is evidence of past and present religious persecutions and most people are atheists, but the religious palette is surprisingly colorful.

At this point, a reminder is needed: Korea was a unified country since the late 14th Century to 1948.

Unsurprisingly, the division between a Communist North and a Capitalist South brought very rapid historical upheavals.

Two facts will give you an idea about how fast were such changes:

1. Before 1940s, around 25–30% of Pyongyang population was Christian, earning it the nickname “Jerusalem of the East“.

2. Even Kim Il Sung’s mother (✝ 1932) was a Presbyterian deaconess and his father was a devout Christian too.

SHAMANISM: Ancient Way of the Spirits

Korean Shamanism(신교, 神教) is based on the belief in Gods, Ancestors and Spirits and the power of the Shamans to communicate with them.

It has been around since prehistory and despite being persecuted for centuries, it’s still alive in the country.

Some estimates even consider Shamanism the single most popular religion in North Korea.

However, Shamanism has no centralized structure or formal membership, so it is almost impossible to confirm this.

Yet we do know that most North Korean shamans are kangshinmu (not hereditary) and that many fled to the South to avoid persecution.

Some affirm that shamanism in North Korea is ineradicable and that people (including top elites) consult Shamans before making important decisions.

Shamanism is not even mentioned in the official page of DPR Korea, so I guess the only way to get more info is to go there and get it yourself.

Or check our book recommendation on Shamanism: “Shamans, Housewives, and Other Restless Spirits“ by Laurel Kendall

CHONDOISM: A Religion Made Party

Chondoism (천도교, 天道教) is a quintessentially Korean religion with roots in Shamanism and Confucianism.

It all begun in May 1860, when the religious leader Choe Je-u met God and received the mystical talisman Yeongju.

His successor Son Byong-hi made his teachings it into a religion proper, with the name Chondogyo, School of the Way of Heaven.

Its idea of God, called Haneullim, is the same as Korean Shamanism, but integrated with the Confucian self-cultivation of the Heaven within your mind.

In 1946, the political Party based on this religion was founded and it became one of the three parties to join the Popular Front.

This participation, along with its peasant origin and its proto anti-imperialist stances is why the atheist North has an eye for it.

And this is why, after the division, most northern Chondoists choose to stay home and didn’t flee to the South.

14% of DPR Koreans are religious Chondoists and Chondoist Party is the third in the country, with 22 Assembly seats.

On Folk Religion practices in Korea: “Folk-Religion: The Customs in Korea“ by Joon-sik Choi

CHRISTIANITY: Ups and Downs of a Foreign Cult

The teachings of Jesus reached Korea in the 18th Century and, since then, were met with mixed reactions.

Yet despite its detractors, Christianity seized an active role in society and became especially popular in the North, where Confucianism was weaker.

In early 20th Century, many new churches popped up in Pyongyang and dozens of american Presbyterian missionaries thrived in the city.

Later on, Christians promoted Korean Independence from Japan, but after the division they were identified with the USA and persecuted.

Most of them fled to the South, contributing to make Christianity the biggest religion over there.

The ones who survived and stayed north of the 38th parallel are now represented by the Korean Christian Federation, a State Body.

This institution is known to promote meetings between northern and southern Christians in order to foster Pyongyang’s reunification agenda.

Since the 1980s on, the government opened up a bit, but the heydays of Jerusalem of the Est are gone: only 1.7% of DPRK citizens are Christians.

Graphic Novel on a trip to Pyongyang: “Pyongyang: A Journey in North Korea“ by Guy Delisle

BUDDHISM: Minor Religion with a Glorious Past

Buddhism has a very, very, very long History in Korea, but the number of its followers is surprisingly low.

In DPRK it’s 4.5% of the population and only 60 temples, many of wich are kept more as museums than places of worship.

To become a Buddhist monk in DPR Korea, you have to study for 8 years at Kim Il Sung University’s Religious Department.

After years of persecution, the government is now known to give some support, like publishing ancient books and restoring temples (Singyesa).

In conclusion, it is not as despised as Christianity, because (through KBF) it supported the establishment of DPRKorea, and is seen as traditional Korean culture.

JUCHE: Civic Religion or something more?

While we approach the end of this article, we can’t avoid mentioning Juche.

The official ideology of North Korea is a Kim Il Sung original elaboration of Marxism-Leninism keen on Personality Cult.

It is propagated through education and media, permeating every aspect of the life in the country.

Although atheist in nature, there’s some magic in it, eg the claim that the Kims can do Chukjibeop (축지법), a distance-shrinking charm.

This, along with its emphasis on a Sacred Leader-Father and mass rituals (like the Arirang games) led some scholars to consider it a religion.

But this would mean also including most totalitarisms and the so-called civic religions in this category.

I’m ok with that, as long as we finally decide to call Michael Jackson Cult, Maoism, and Donald Trump Messianism religions, too.

Before you go, take your time to enjoy the wonderful song “The General uses Chukjibeop”(장군님 축지법 쓰신다).

Why was Pyongyang once named “Jerusalem of the East”?

Because in the first half of 20th century, one fourth of Pyongyang citizens was Christian and the building of churches, religious hospitals and schools was incessant.

Shamanism has no centralized structure, no official temples and no formal membership; DPRK releases no religion data, so it is impossible to answer this question.