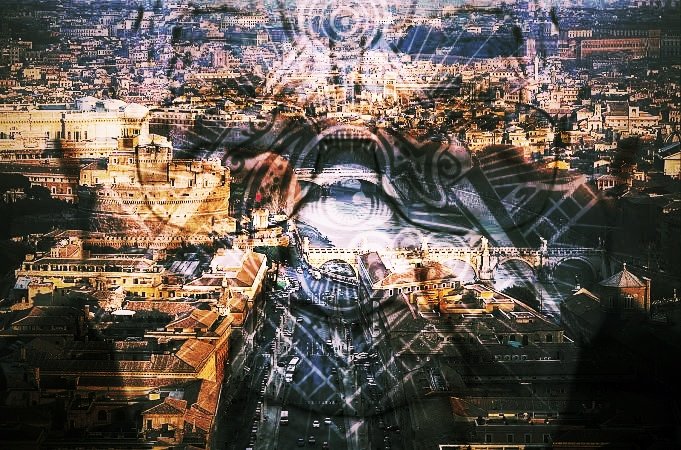 original work by Illuminatipropaganda (the man in the picture is L. Gelli)
Secret societies

If you Google “How to Join the Illuminati” the first result is an advertisement, claiming to be the Official Illuminati website – too bad they can’t even spell English correctly:

THE ILLUMINATI IS AN ELITE ORGANIZATION OF WORLD LEADER, BUSINAIESINNOVATORS, ARTISTS, AND OTHER INFLUENTIAL MEMBERS OF THIS PLANET. OUR COALITION UNITES INFLUENCERS OF ALL POLITICAL, RELIGIOUS, AND GEOGRAPHICAL BACKGROUNDS TO FURTHER THE PROSPERITY OF THE HUMAN SPECIES AS A WHOLE.

We can smell an Illuminati scam miles apart, and Google (so allegedly attentive about fake stuff) doesn’t seem to mind.

Indeed, the queries “How to Join the Illuminati”, “how to become Illuminati”, “joining Illuminati” and similar phrases have a combined monthly search volume of 90,000 unique searches, believe me, that’s a lot. Plenty of money to be made.

In this article, we’ll try to give guidance against Illuminati scams, and reveal some truths about the Illuminati Brotherhood conspiracy.

The Origins of the Illuminati

The first cult to call itself Illuminati was the Bavarian Illuminati, a secret society that operated for only a decade, from 1776 to 1785.

This organization was founded by Adam Weishaupt, a German law professor who really wanted to take over the world.

Convinced that religious ideas were no longer an adequate belief system to govern modern societies, the Bavarian Illuminati were anti-clerical and anti-royal.

Closer to revolutionaries than world rulers, they sought to infiltrate and upset powerful institutions like the monarchy.

Their beliefs were positivists, although it’s possible that they also followed occult rituals derived from European mysticism and alchemic studies.

Illuminati members didn’t trust anyone over 30, because they were too set in their ways.

The most famous conspiracy theories about the Illuminati were authored by physicist John Robison in 1797, who accused the them of infiltrating the Freemasons.

Abbe Augustin Barruel, whose 1797 history of the Jacobins promoted the theory that secret societies, including the Illuminati, were behind the French Revolution.

The truth is that we have very few reliable accounts about the Illuminati.

It’s almost certain that they joined Freemason lodges to recruit members for their own competing secret society.

But their role and influence in Freemasonry are not clear.

Do the Illuminati Still Exist?

We don’t know exactly how long the Illuminati as a group survived and how it evolved, it’s a secret society after all.

We though know for a fact that Freemason lodges lived and prospered around the western world throughout the whole 20th Century, infiltrating governments, lobbies, financial institutions, and more.

According to a 2013 survey by Public Policy Polling, 28% of US voters believe that a secretive power elite with a globalist agenda is conspiring to eventually rule the world through an authoritarian global government, the so-called New World Order.

It is anyway more likely that different power groups operate at the same time, sometimes fighting each other, sometimes harmoniously working together.

Despite what many anti-conspirationists and shallow debunk sites might tell you, Freemasonry and secret societies, in general, have been influencing world policies and sometimes even ruled whole countries, here are a few examples.

Its Masonic charter was withdrawn in 1976, and it transformed into a clandestine, pseudo-Masonic, ultraright organization operating in contravention to the Constitution of Italy that banned secret associations.

In its later period, during which the lodge was headed by Licio Gelli, P2 was implicated in numerous Italian crimes and mysteries, including murders, financial operations, and corruption cases within the nationwide bribe scandal Tangentopoli.

P2 was sometimes referred to as a “state within a state” or a “shadow government“.

The lodge had among its members’ prominent journalists, members of parliament, industrialists, and military leaders – including Silvio Berlusconi, one of the richest men in Italy who acted as Prime Minister for about 20 years.

The Savoy pretender to the Italian throne Victor Emmanuel, and the heads of all three Italian intelligence services during these times were proven by the court to be part of Propaganda 2.

When searching Licio Gelli’s villa in 1982, police found a document entitled “Plan for Democratic Rebirth“, which called for a consolidation of the media, suppression of trade unions, and the rewriting of the Italian Constitution – a real conspiracy.

Outside Italy, P2 was also active in Uruguay, Brazil, and Argentina.

Among its Argentine members were:

Freemasonry played a very important part also in the history of the USA, but we’ll dedicate a specific blog post to this.

Should be enough for our purposes here to say that Masonic Presidents include:

Evidence exists to suggest that James Madison and Thomas Jefferson were also Masons.

Why You Want to Join the Illuminati (and how it works)

Now that we understood something about the Illuminati Secret Society and Freemasonry in general, let’s go back to step one. 90k monthly queries for “How to Join The Illuminati”.

Why do people want to join the Illuminati?

We have seen how freemasonry has been enjoying wealth and power, and how the Illuminati Secret society has gained an aura of “legend” among the Masonic sects.

So it’s somehow normal that many people, among all social backgrounds, desire joining that circle – with the hope to gain a prominent position in society.

But why such a restrict, secret, elitarian circle should accept new members?

To be accepted in any freemasonry sect, including the Illuminati (if they still exist) there are only two ways:

So, if you want to join the Illuminati, you should ask yourself: do I have an economical or political influence that might aid the agenda of an elite-group?

If the answer is not, then you’re probably just going to be a slave.

When there’s a demand, there’s an offer – it’s a basic economic law – so, if there are so many people wanting to join freemasonry or the Illuminati Secret Society, but there are not enough places for slaves, “entrepreneurs” are going to see the business opportunity and make use of it.

The page that has the valuable (paid) 1st position for Google searches on “how to join the Illuminati” warns the users about this:

The Illuminati reach out agent has discovered the huge rate of internet scam pretending to be Illuminati officials thereby collecting money from the public all in the name of Illuminati. Beware of internet scams there is no registration fee or membership card fee before becoming a member of this fraternity. All our agents assigned on duty numbers most contain our significant mark 666 or 999 at the end. [spelling errors are in the original text]

It is obvious though that they are scammers themselves, actuating the same money/slavery scheme many sects use since decades
(Scientology is master in that).

There are hundreds of Illuminati Facebook groups, as well as thousands of WhatsApp account, many of whom cater to African victims.

The scheme is simple, how to join the Illuminati? That’s the standard scam procedure:

Even if you devote your all life to this scammers, you’ll never get what you’re promised.

Have a look here at what the Illuminati666 website has to say about money:

Money is not the root of all evil, money is the route to all freedom. The selfish pursuit of money is a hollow goal, but the pursuit of the goodness that money can create is one of humanity’s greatest responsibilities. THE WEALTH OF ILLUMINATI The Age Of Illuminatiam Your life’s journey has led you to this moment. Hope is in the distance. Terrors that have plagued humanity for millennia MEET OUR SPECIAL MEMBERS Thousands of Earth’s citizens have already dedicated their lives to the Illuminati’s ongoing work for the advancement of the human species. This worldwide movement has helped to create a global unity of those who follow the Light. But while you have found the road, many others still linger in the dark.

So, How do I Join the Real Illuminati or at least become a Freemason?

There’s no way to earn such a position of power for free. To have personal power there are only two ways: being rich or being smart.

Please never give your personal contact to those promising you money, wealth, and power – as they are most likely just going to use and dump you.

After all, Illuminati means “Enlightened”, and enlightenment means research and personal growth – being aware of yourself and what’s around you.

If you really wanna be “Illuminati”, start working on yourself.

Freemasonry clubs that you could actually join

Not all freemasons work in secrecy, at least not all the time.

There are two groups especially that are spread worldwide, you probably came across them at least once. The Rotary Club and the Lions Club.

Those clubs might not be the Illuminati, but they are indeed pretty powerful – although they claim not to belong to freemasonry, many of their members actually do. Check them out if you are interested.

” Illuminati, the Game of Cospiracy ” by Steve Jackson

Best Movies About the Illuminati

Best Books about the Illuminati

” Masks of the Illuminati ” by Robert Anton Wilson

” The Illuminati ” by Larry Burkett

” Illuminati: The Cult that Hijacked the World ” by Henry Makow

So, what do you think? Do you have any experience trying to join the Illuminati? Are you one of them? Contribute your valuable stories in the comment section. 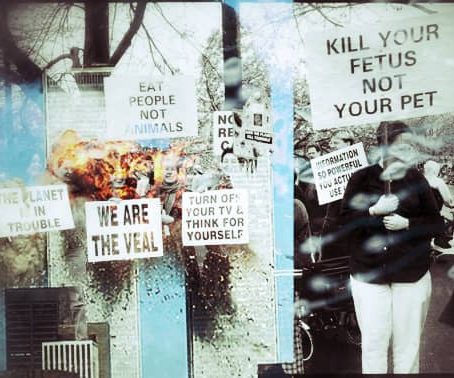 Church of Euthanasia. Save the Planet, Kill Yourself!